This chapter aligns with Chapters 4 and 10 of the PMBOK and 18% of the CAPM questions come from this knowledge area. The content connects to the Planning, Executing and Monitoring & Controlling category of the PMP questions.

Almost by definition, projects require teamwork, and team members must communicate with each other for a variety of reasons and by a number of possible methods. For instance, team members frequently need to update each other on their progress and may employ such means of communication as email, project management software, or social media. Available technology can greatly facilitate such tasks and assure timely and accurate communication between team members.

Choosing which communication resource(s) to use on any given project is a critical decision and should be driven by the needs of the project. Generally speaking, simple projects will require fewer communication resources, while larger, multifaceted projects may require more specialized or complex tools and software. 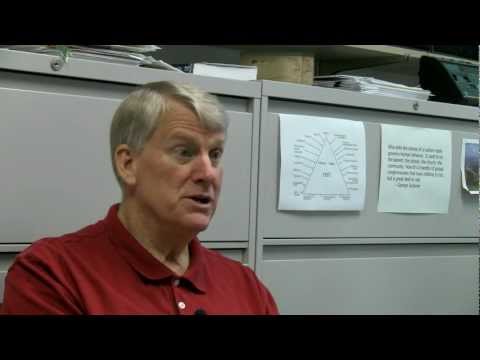 Well, we were training fairly technical subject matter, it was how to fly a helicopter and how to operate the sensitive electronic equipment in the back, sensors. So that the technologies that we were working with, that we were training people to use were very sophisticated technologies. Unfortunately, we had almost zero technologies. As a designer this was the 1975–76 time frame. The word “processor” was just being invented. We didn’t have word processors. Everything was typed by hand, by secretaries. We had an overworked secretary who was constantly typing things. And a lot of hand written documents had to pass. Our design document was typed, and if you made a mistake on a page you would have to re-type the whole page if it was a major mistake, or an addition. So sometimes the documents ended up looking kind of funny. You’d have a document with just a small paragraph at the top. What I’m trying to depict here is we didn’t even have the word processor. We didn’t even have the desktop publishing that we have today. We had video technology, but we didn’t have some of the video editing technologies that we have. So it was almost a razor blade kind of an operation where stuff would end up literally on the cutting room floor, tape would end up that way. Although we did, one of the things, the Navy did give us use of their editing base. So once we had identified the takes that we wanted to edit into our video materials, they—we could do a re-roll kind of thing. But it was, compared to the tools that we have today, if we had had the tools today, then, that we have today the project would have been made much easier. And frankly, my staff would have been cut by half if I had had word processing and design. 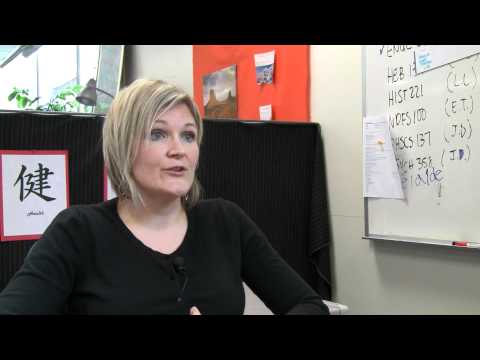 My name is Heather Bryce, and I am the project manager for Brigham Young University Independent Study andWe used video and Flash, I don’t know if you count video as a technology, but definitely Flash as a technology. And the Flash in this course is absolutely amazing. I can show you some examples. We did a virtual sketchbook as a way to introduce vocabulary. So instead of just memorizing what perspective is, they could actually see what an artist sketch would look like and how they would use perspective. Flash is particularly important in this course because it really allowed the student that interactive experience that you need in a drawing course. So that was probably the most important technology used on this project. 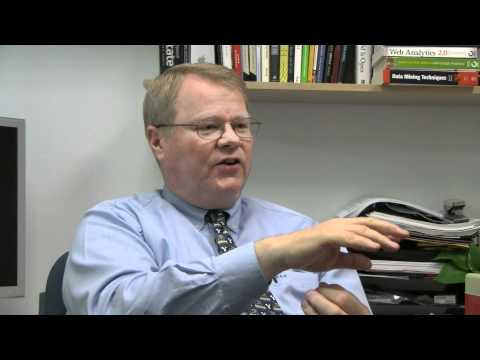 Technology issues in the Learning Suite are probably the biggest concern that anyone has. Because the technologies we are using are off-the-shelf. We’re looking at using essentially PHP and MySQL databases although we’ll probably migrate to Oracle simply because that is kind of University standard. Because the product we’re building, the BYU Learning Suite, is a University supported product. As we build that and hand it over to the University IT folks to operate, their saying “Hmm, our supported platform is Oracle.” So we’ll have to migrate that over time, over to Oracle. But right now, you know, we’re doing simple things. PHP programming, MySQL. Just really, kind of straight forward web pages that we build little dialogue boxes, we get inputs and we store it somewhere. So, it’s not a very complicated system. The key to it really is the decision that the University IT folks made several years ago to, in the past, University data systems were locked up very tightly. And they have to be. It is our paycheck information, it’s all the FERPA data that needs to be protected for students, all that private stuff. But the University decided that they wouldn’t be the only ones to build the applications that would then get access to the data. They decided to build a web service interface so that folks like us can write an application that goes through the web service and securely gets the data. And that’s how we’re able to build the Learning Suite. So we’re able to access the University Gradebook, the University academic information systems, the personnel files so that we can know who’s on campus and who is not, who is authorized to use this system, the library, the bookstore. All those things are enabled by a simply thing that we call web service. It’s just an abstraction layer that separates the data from the program here. It’s also a really great thing because it allows us down the road. Right now we’re using a third party, grade book. In a year or so we will have our own grade book written. And because of this application interface layer that separates us from the actual data we’ll be able to swap out that backend grade book, and the interface for the students and faculty, unchanged. Except you’ll see “new features”. Because it’s our grade book and we have other stuff. So that’s kind of the technologies that we’re using. It is really enabled by some very forward thinking decisions on the part of the University IT folks who, you know, came to the conclusion that, you know, maybe we’re not the best folks to write applications. We’re really good though at management and deployment of things. So you build the systems, turn them over to us and we’ll run them for you. So that’s kind of where we are right now.