Recall that the Darnall-Preston Complexity Index (DPCI™) ranks complexity in four categories: external, internal, technological, and environmental. The information provided in this chapter can be used to rate a project’s complexity in the areas of size, organizational complexity, technological newness, and technology familiarity. Scores range from 1 (least complex) to 5 (most complex). 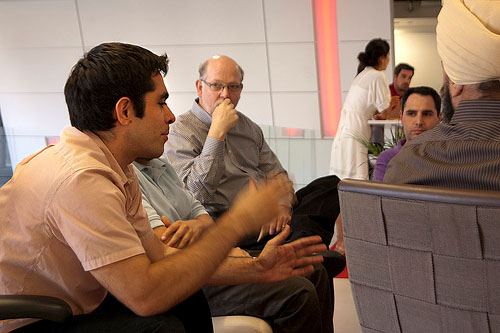 Recall that size is relative to the organization’s comfort zone for projects. Refer to the following descriptions for tips on arriving at a DPCI score for size:

Recall that system complexity is determined by the variety of types of elements and the number of connections there are between elements. Review a chart of the organizational structure that depicts the reporting relationships, the number of people involved, their familiarity with each other, and the amount of cross connections between reporting relationships and functions. Refer to the following descriptions for tips on arriving at a DPCI score for size:

Recall that this category refers to the technology that is part of the project. It might be new technology that is being implemented to make a step change in the efficiency of an operation. Refer to the following descriptions for tips on arriving at a DPCI score for size:

Recall that this category refers to the familiarity of the project team with the technology that is part of the project. Refer to the following descriptions for tips on arriving at a DPCI score for size:

Assigning a score is not an absolutely accurate process. Your objective is to be approximately correct, and some people are not comfortable with this type of estimate. Recall that one of the attributes of a successful project manager is the ability to live with ambiguity. One method that will help when assigning a score is to consider the two extremes. For each factor in the DPCI, consider what the simplest—least complex—scenario would look like, to which you would assign a 1 on the DPCI scale. Next consider what the most complex scenario would be, which would describe a 5. Then, compare actual projects to those two extremes. Accordingly, if it is about in the middle it rates a 3, and a 2 and a 4 are moderately simple and moderately complex, respectively.